In stock and delivery! 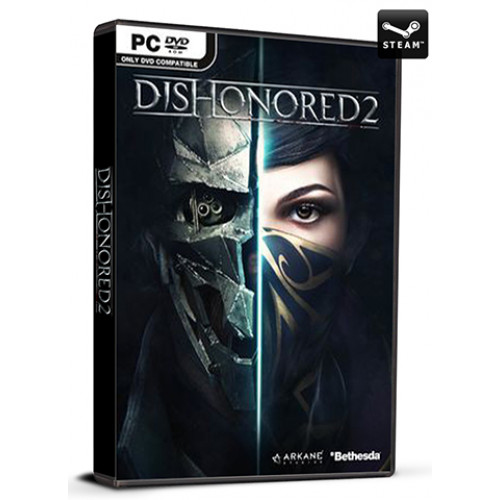 Play the main character towards the plot of your own making. Yes, you get to play the assassin on a mission to avenge yourself on the people conspiring against you. Or you could play as Empress Emily. You will need to accomplish missions and your action plan affects the flow of the game - you could be the stealth assassin or you could choose to get rid of your foes by combat. You make the choice. You're given the power to defeat them.

A decade and a half after what took place in the first game, Dishonored 2 takes us to the coastal metropolis in Karnaca. But an otherworldly unseat Empress Emily Kaldwin's throne. Your mission: Take back the Empire either as Emily or as Corvo. Use your powers and equipment to eliminate your enemies coz the future of the Empire of the Isles is left to you.

Hear the real voices of real people behind Emily Kaldwin and Corvo Attano. Each is true to their reactions to the emotional ride within the game. Each possesses supernatural abilities and armor that are uniquely their own.