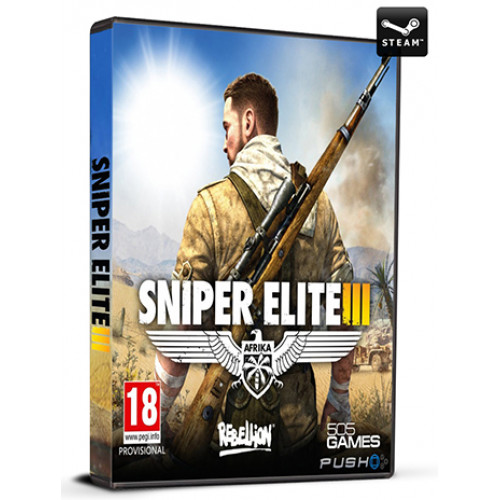 The action of the Sniper Elite V3 shooter takes place in Africa during World War II. It is the third episode of the popular shooter series from Rebellion studio. Similarly to its predecessors, the action of the game takes place during World War II. This time however, authors decided to refrain from european location, instead they placed the game in the african regions. The main character however stayed the same. Probably, the role will be taken again by Karl Fishburne, working as a sharpshooter for the command of the United States Armed Forces.  Sniper Elite III: Afrika Korps brings back the trademark of the series, the extensive sniper mechanics. An already known patent – the X-Ray Kill Cam – will be used here as well. It is the X-Ray vision which allows us to see the bullet rip through our opponent's body. On higher levels of difficulty, the game mechanics makes the wind and gravity influece the bullet trajectory.