Available Languages: MultilanguageAge of Empires IV: Digital Deluxe Edition includes:-Base Game-Digital Bonus ContentCustomize Your Game with Mods – Available in Early 2022, play how you want with user generated content tools for custom games. Challenge the World – Jump online to compete, cooperate or spectate with up to 7 of your friends in PVP and PVE multiplayer modes. Choose Your Path to Greatness with Historical Figures – Live the adventures of Joan of Arc in her quest to defeat the English, or command mighty Mongol troops as Genghis Khan in his conquest across Asia... 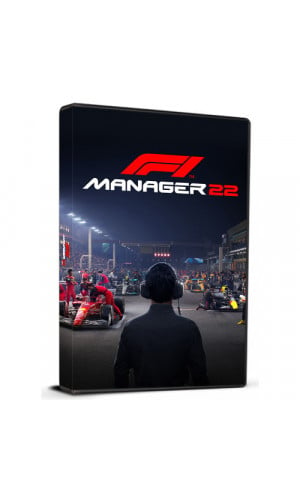 Available Languages: MultilanguageChoose your team and be the boss with the full 2022 roster of staff and drivers.Get your hands on 2022’s striking new car designs and race closer to your opponents than ever before.Your constructor team are the beating heart of racing operations...

Available Languages: MultilanguageFINAL FANTASY XII THE ZODIAC AGE - This revered classic returns, now fully remastered for the first time for PC, featuring all new and enhanced gameplay.RETURN TO THE WORLD OF IVALICE.Enter an era of war within the world of Ivalice. The small kingdom of Dalmasca, conquered by the Archadian Empire, is left in ruin and uncertainty. Princess Ashe, the one and only heir to the throne, devotes herself to the resistance to liberate her country.Vaan, a young man who lost his family in the war, dreams of flying freely in the skies. In a fight for freedom and fallen royalty, join these unlikely allies and their companions as they embark on a heroic adventure to free ..