Available Languages: MultilanguageDeathloop is a next-gen first person shooter from Arkane Lyon, the award-winning studio behind Dishonored. In Deathloop, two rival assassins are trapped in a mysterious timeloop on the island of Blackreef, doomed to repeat the same day for eternity. As Colt, the only chance for escape is to end the cycle by assassinating eight key targets before the day resets. Learn from each cycle – try new paths, gather intel, and find new weapons and abilities. Do whatever it takes to break the loop.If at First You Don’t Succeed… Die, Die Again – Every new loop is an opportunity to change things up. Use the knowledge you gain from each attempt to chan.. 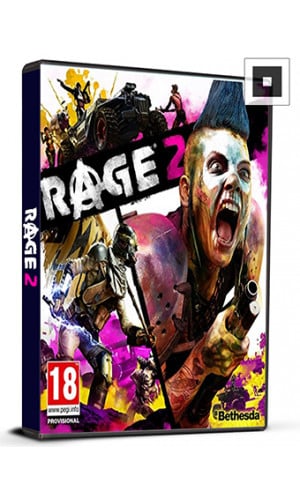 Available Languages: multilanguage    Details Dive headfirst into a dystopian world devoid of society, law, and order. RAGE 2 brings together two studio powerhouses – Avalanche Studios, masters of open world insanity, and id Software, creators of the first-person shooter – to deliver a carnival of carnage where you can go anywhere, shoot anything, and explode everything. The Last Ranger Bring the pain using a collection of upgradable weapons, devastating Nanotrite powers, and Overdrive, the ability to push your guns beyond their mechanical limits! Pedal to the Metal From monster trucks to gyrocopters, use an assortment of rugged and wasteland-ready vehicles to speed across..