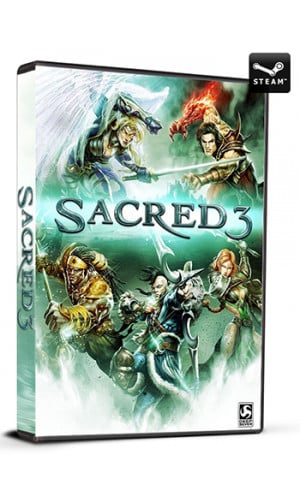 Available Languages: EN, DE, ES, FR, IT, JP, PL, RU    Sacred 3 is an arcade Hack ‘n’ Slash game for up to four players, set in the war for Ancaria. Choose from legendary heroes and fight together against the rise of evil. You will face hordes of grimmocs, brute beasts, legions of mercenaries and undead wizards. Develop your character’s skills and abilities and band together to use powerful co-op abilities and tactics. Victory Is Ours. Glory Is Mine. Features Play as 1 of 4 legendary heroes, each with unique skills and weapons Master special attacks and quickly decimate hoards of enemies Perform powerful co-op combat arts to defeat epic bosses togeth..