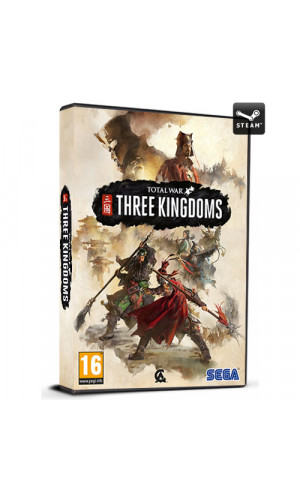 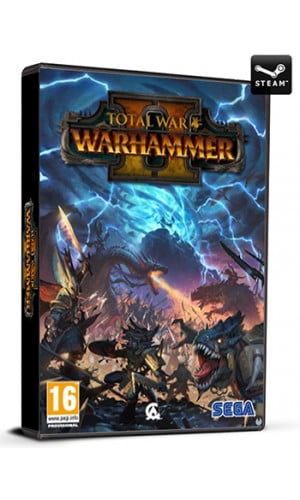 Available Languages: Multilanguage   Only works in EU region. The second in a trilogy and sequel to the award-winning Total War: WARHAMMER, Total War: WARHAMMER II brings players a breathtaking new narrative campaign, set across the vast continents of Lustria, Ulthuan, Naggaroth and the Southlands. The Great Vortex Campaign builds pace to culminate in a definitive and climactic endgame, an experience unlike any other Total War title to date. Playing as one of 8 Legendary Lords across 4 iconic races from the world of Warhammer Fantasy Battles, players must succeed in performing a series of powerful arcane rituals in order to stabilise or disrupt The Great Vortex, while foiling the .. 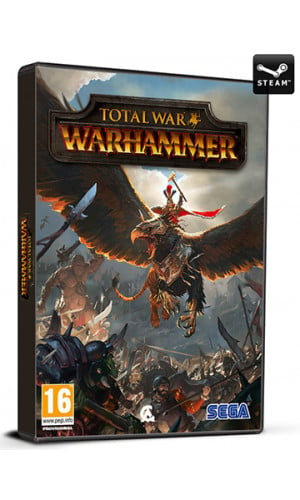 Available Languages: EN, DE, ES, FR, IT   It is an age of endless conquest, thousands of warriors clash in titanic battles as entire races wage war on one another, each led by a formidable hero seeking dominion over the world. All at your command. The valiant Karl Franz marshals the men of the Empire, seeking to unite the fractured elector counts under a banner of strength against their common enemies. Hungry for the vicious brutality of combat, the Greenskins flock to the tribe of Grimgor Ironhide; Orcs and Goblins alike filled with an insatiable thirst for carnage. High King Thorgrim orders the stoic Dwarfs forth from their mountain strongholds, marching to vengefully rig..