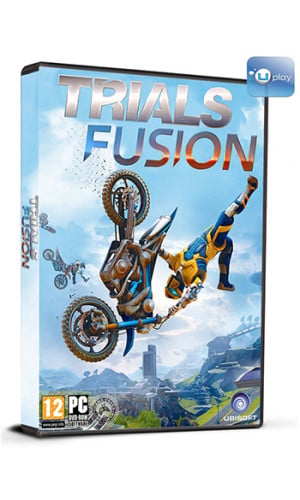 ​ Available Languages: EN   Key Takeaway Trials Fusion is the gold-standard platform racer for the next-generation of gaming. Built upon the Trials franchise’s proven gameplay foundations, Fusion challenges players endlessly in both classic and all-new ways. With unique platform-racing gameplay, ubiquitous competition and an ever-expanding destination for new content and features, the Trials Fusion experience is never over.   Product Description Take on an unlimited array of platform-racing challenges in the unreal world of Trials Fusion. Using your skills to traverse across obstacle-laden, ramp-ridden courses, you must strive to set track records against the best Tr..

This product is region locked and can be activated only in Europe, Oceania, Middle-East, Africa, Japan & South Korea. This is the GOLD Edition of the game. Get your hands on it ASAP! Play as Marcus Holloway, a brilliant young hacker living in the birthplace of the tech revolution, the San Francisco Bay Area.  Team up with Dedsec, a notorious group of hackers, to execute the biggest hack in history; take down ctOS 2.0, an invasive operating system being used by criminal masterminds to monitor and manipulate citizens on a massive scale.  ..