This code can be redeemed on your own account! :D Before redeeming the code, login to your Microsoft accounts on: 1) Web Browser: Load a web browser and go to this address: https://redeem.microsoft.com/enter 2) Microsoft store/Xbox app windows 10 3) XBOX: Press the Xbox button to open the guide, then select Home > Select Store > Select Use a code

Three Games, One Launcher: Play through the single-player base content and over 40 DLC from all three games, including promo weapons, armors, and packs.
Remastered for a New Generation: Experience the trilogy in 4K Ultra HD with enhanced performance, visuals, and graphics, all available in HDR.
Visual Improvements on All 3 Games: Updates include enhanced models, shaders, FX, lighting and depth of field, plus full-resolution audio. 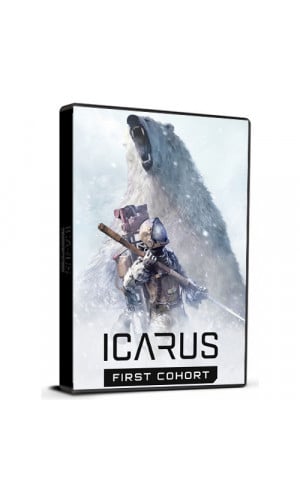 Available Languages: MultilanguageICARUS is a session-based PvE survival game for up to eight co-op players.Endure a savage alien wilderness on Icarus, humanity’s greatest mistake.Survive its brutal environment as you explore, harvest, craft and hunt while seeking your fortune...