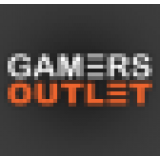 Available Languages: EN RUA Way Out is an exclusively co-op adventure. Play as one of two prisoners and make your way out of prison.Your friends can play for free using the Friends Pass free trial feature, regardless if they bought the game or not.Can you escape prison and experience breakthrough? More details below!..

Available Languages: MultilanguageAge of Empires IV: Digital Deluxe Edition includes:-Base Game-Digital Bonus ContentCustomize Your Game with Mods – Available in Early 2022, play how you want with user generated content tools for custom games. Challenge the World – Jump online to compete, cooperate or spectate with up to 7 of your friends in PVP and PVE multiplayer modes. Choose Your Path to Greatness with Historical Figures – Live the adventures of Joan of Arc in her quest to defeat the English, or command mighty Mongol troops as Genghis Khan in his conquest across Asia...

Available Languages: MultilanguageAliens vs Predator Collection PC includes:-Base Game.-Aliens vs. Predator Swarm Map Pack.-Aliens vs Predator™ Bughunt Map Pack.Bringing the legendary war between two of science-fiction's most popular characters to FPS fans.Experience distinctly new and thrilling first person gameplay as you survive, hunt and prey in the deadly jungles and swamps surrounding the damned colony of Freya's Prospect.Bring a whole new dimension to the action and excitement of Aliens vs. Predator with four all-new online maps...